From Allies to Competitors – The End of Franco-German Cooperation? The Elysée Treaty, which laid the foundations for Franco-German cooperation after the Second World War, was signed on 22nd January 1963 by French premier Charles de Gaulle and West German Chancellor Konrad Adenauer. The treaty’s provisions were a major contribution to the continent being led jointly and in close symbiosis by two of the EU’s largest countries. To put it more simply, the EU was built on French selfconsciousness and German guilt.

This division of roles worked quite well, but the Russian-Ukrainian war has opened up tensions that had been previously obscured by the cordiality of the two great powers.

In his speech to the German parliament at the end of February, German Chancellor Olaf Scholz referred to a Zeitenwände, a fundamental shift in the foreign relations. He sees new powers such as China emerging in this new multipolar world, with different states and regimes competing for “power and influence”.

France meanwhile is rather rhetorically strong when it comes to aid volumes. Its military aid to Kiev barely makes the list, amounting to €233 million, ranking behind Estonia. Britain has trained 5,000 Ukrainian soldiers, while France has only 200.

Macron also published his ideas for a common defense policy shortly after the war broke out:
“We can no longer depend on others to feed us, care for us, inform us, finance us,” Macron said. He added: “To this brutal return of tragedy in history, we must respond with historic decisions.”

Despite traditional German pacifism, Olaf Scholz has also announced that €100 billion will be spent to arm the chronically underfunded Bundeswehr, the German army. The Scholz cabinet, after much reluctance and coalition wrangling, was perhaps the last of the European powers to send Ukraine, among other things, tanks, anti-aircraft equipment, anti-tank grenades and rocket launchers.

It is impressive how far Germany has come on military issues. However, it still falls short of former Chancellor Angela Merkel’s call to Europe to “take our destiny into our own hands”.

The lack of German leadership is indeed felt in much of Europe and this does not bode well. “Today I fear German power less than German inaction” – a statement made by former Polish Foreign Minister Radosław Sikorski in November 2011. Mr. Sikorski was originally referring to the European debt crisis, but since then has become a catchphrase and seems to be applicable to today’s situation as well.

The analysis, dealing with the Franco-German aspects in the domain of geopolitics, defense policy and energy policy was published on ‘The Long Brief’.

The article can be purchased HERE. 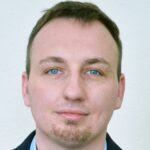 István started his studies in 2003 at the Department of Political Science, in the University of Miskolc. He received his degree in Political Science in 2008. The focus area of his degree was security policy issues in international relations. The topic of his thesis was the American geopolitics in the Middle East and the Iraq War. After graduation, he was admitted to the Hungarian Administrative Scholarship. He spent his traineeship in the Ministry of Public Administration and Justice, and at the Hungarian Permanent Representation in Brussels, at the Press and Protocol Department. Meanwhile, he finished a correspondence master’s course in European and International Administration in the Pázmány Péter Catholic University in Budapest. Formerly, he worked as a press officer in various ministries. He successfully completed training of journalism and project management.

István was the organizer and participant of numerous international conferences: Visegrád School of Political Studies in the V4 capitals (2015, participant); the annual World Forum for Democracy in Strasbourg (2015, participant), the joint workshop of the CDDG Committee of the Council of Europe on e-democracy and e-government in Budapest (2015, organizer) International Conference on Christian Persecution in Budapest (2019, organizer) GLOBSEC Tatra Summit (2021, participant)
Currently, he works as a project manager and freelance journalist for various Hungarian online magazines focusing on security policy and the post-soviet region.