The Changing Japanese Climate Policy After the Paris Agreement 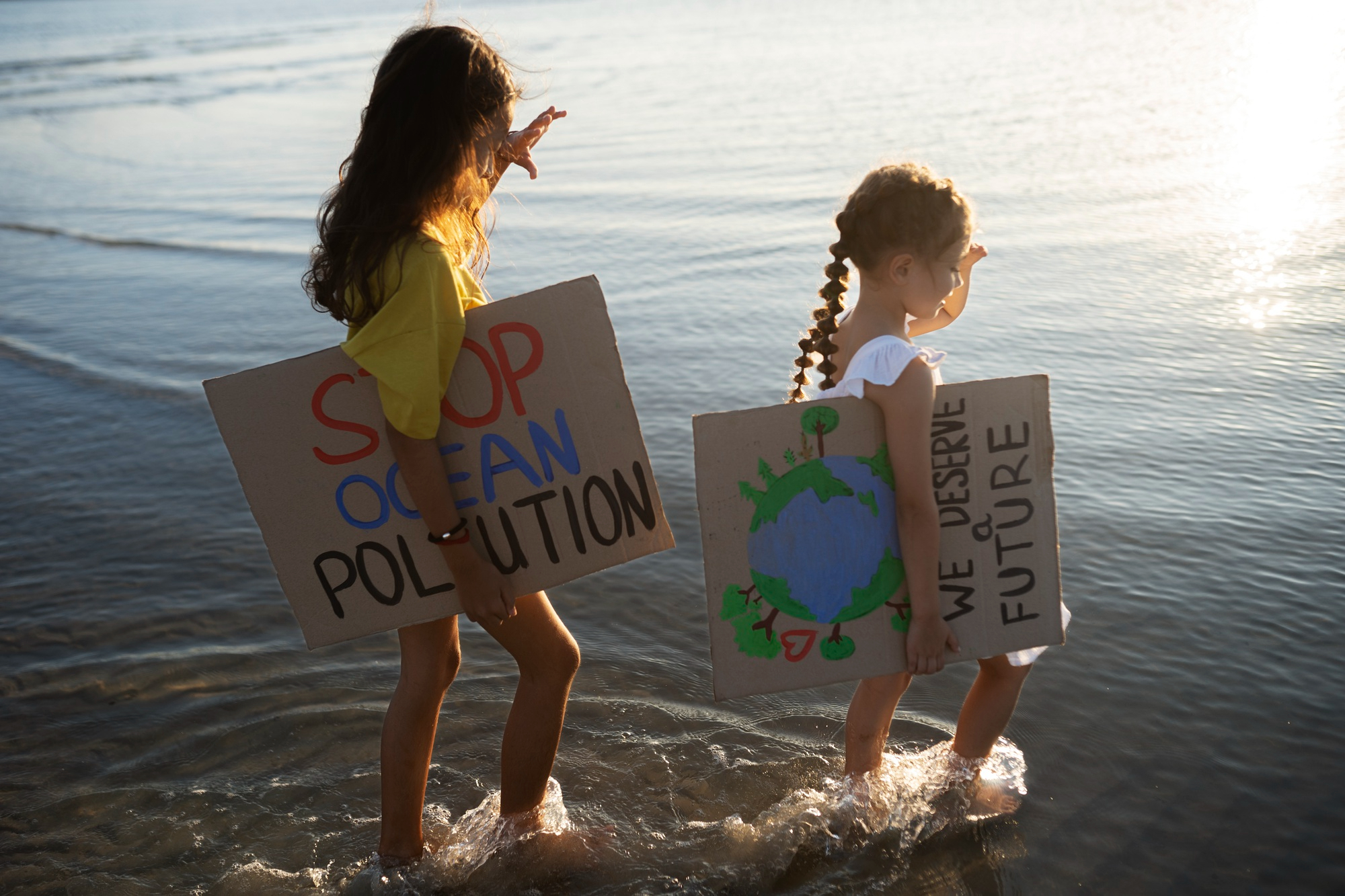 The significance of research analysing climate action of developed countries is increasing in parallel with the acceleration of climate change. The purpose of this extract is to study how Japan’s – the fifth largest greenhouse gas emitter in the world – climate policy is transforming and to explore the driving factors behind it. To shed some light on the changing nature of Japanese climate policy, this extract focuses first on recent policy developments, then potential contributing reasons. It can be concluded that the shift regarding several climate policy areas became tangible after the Paris Agreement, facilitated by external and internal impacts alike.

Role theory is the base research method of this study, which belongs to the constructivist school of international relations. This theory allows the actions of states to be explained from a decision-maker’s perspective. Besides role theory, discourse analysis is another useful tool to observe attitudes, cultural characteristics etc. of actors relevant to climate policy, such as the environment minister or the prime minister. The third method worth mentioning is policy network analysis used with the goal of identifying actors participating in policy making and power relations between them. As a field interconnected and integrated in other policies, climate policy is often influenced by actors of opposing interests resulting in less ambitious climate actions. This is even more true in the case of Japan, as climate policy is a result of the dynamics between the “iron triangle” – the strategic relation between politicians, bureaucracy and companies.

2. Paris Agreement as a turning point

The Paris Agreement proved to be a turning point not only for the global climate regime, but also for Japan’s climate policy, as the government started to align policy measures to climate goals. Beforehand, the climate policy of Japan was incoherent as a result of the widening gap between climate goals and policy execution. This can be explained by the prioritisation of the protection of business interests as opposed to climate goals based on the fear that more stringent climate measures would reduce the international competitiveness of Japanese companies.

The island nation ratified the Agreement on 8 November 2016, and since then a development of a more ambitious climate policy could be observed on a governmental and sub-level (companies). The backbone of this shift is the decarbonisation until 2050 announced by former Prime Minister Suga Yoshihide in October 2020 (immediately after China announced its 2060 emissions reduction target). Another relevant step was the long-term strategy released in 2019, reflecting a radical change of attitude towards climate change: it was the first official government decision stating that mitigation would stimulate economic growth instead of being an economic burden. Another notable example of the convergence of business interests and climate policy is the “Green Growth Strategy”, presented in 2020, which is essentially an industrial policy connecting economic growth to environmental protection. The strategy builds on Suga’s speech mentioned above, according to which climate change is no longer a constraint on economic growth – reflecting a shift in business attitudes towards climate policy.

Even though the island nation has already begun to diversify its energy mix and increase the share of renewable energy, it has not yet committed to phasing out coal. It is very probable, judging from the dependence on coal, that Japan won’t phase it out in the near future – despite harsh international criticism. The reduction in governmental funding for overseas coal power plants is a positive change, although Japan remains still the world’s second largest financier after China.

What factors could have contributed to a gradually more ambitious Japanese climate policy? As mentioned before, national climate policies are interconnected with several other policy areas, thus they are also influenced by different actors with diverse, sometimes even conflicting interests.

Japan has always been sensitive to changes in the international environment and prioritised its reputation. As global decarbonisation trends are changing and so is the relevance of green and sustainable finance, Japanese policy makers are more willing to be proactive in these fields. Big emitters, such as the United States and the People’s Republic of China are stepping up their climate efforts, thus reducing the costs of introducing more stringent policy measures– driving Japan to adapt to these growing ambitions. This used to be the biggest obstacle for Japanese climate policy, because industrial and governmental actors feared losing their competitive advantage. However, in the post-Paris period, policy actors started to recognize the technological innovation potential in climate policy as an opportunity to economic growth. The growing number of business and industry actors supporting a more ambitious climate policy is one of the main reasons why the Japanese government has been facilitating more effective policy measures.

International criticism is also one of the factors influencing policy decision-making. Besides external pressure, Japan is often criticized for the refusal of coal phase-out and is often granted the title “Fossil of the Day” – given to the country hindering international climate negotiations and climate action the most. News about this have the power to draw public attention to the issue of climate change, thus raising more awareness.

Apart from the international environment, regional countries also influence Japan, especially the People’s Republic of China and South Korea. In particular, sustainable finance and investments are emerging in these countries, affecting Japanese decision-makers. Aspiring to regional dominance, the island nation is one of the world’s largest contributors to climate finance. The primary goal of Japan is to lead clean energy transition in the region, which was mentioned by previous prime minister, Fumio Kishida on COP26, in Glasgow.

Internal factors, such as national actors also influence policy developments. Non- and sub-state actors [1]National actors influencing international relations of the state, for instance certain industrial sectors who have distinct foreign policy interests. play a key role in the formation of a more ambitious climate policy. Although previously these actors had negligible influence on climate change decisions, in recent years they have stepped up their efforts to promote action against climate change. The growing number of active environmental and climate protection activities of non-state and sub-state actors have been further strengthened in the post-Paris Agreement period globally.

After the Paris Agreement, Japanese climate policy has started to become more ambitious on a governmental and sub-level. Because of the so-called iron triangle, the Japanese government’s actions are strongly determined by business interests. While this has admittedly hindered the implementation of a strong climate policy in the past, in recent years it seems to be the main source of change. Japanese enterprises have started to recognise the opportunity to improve competitiveness by investing sustainably, exporting green technologies and helping the region’s countries in executing energy transition.

Apart from the attitude change in the industrial sector, the growing influence of non- and sub-state actors drives further climate action taken by the government. Besides internal, external factors – big emitters stepping up climate action, international criticism of Japan, the increasing significance of sustainable finance and investments in the region – also played a role in a firmer Japanese climate action.

In sum, this change of approach can give Japan the possibility to introduce more efficient policy measures and propel economic growth. Nevertheless, it is important to note that observed improvements are not equally ambitious in every aspect – phasing out coal entirely is one of them –, so further efforts are required to transition to a truly decarbonized economy.

Nóra Bátai is an International Relations Master’s student at the University of Public Service. Her research interests include climate change and national climate policy, in particular Japan’s role in global climate and environmental policy. Active member of the Association of International and European Studies, she has written two scientific papers and qualified to the National Scientific Students’ Associations Conference. As a scholar of the New National Excellence Programme of 2021/2022, her work titled “The Changing Japanese Climate Policy After the Paris Agreement” has been published in the online journal, Külügyi Műhely.