Challenges and possibilities of the Eurasian Economic Union 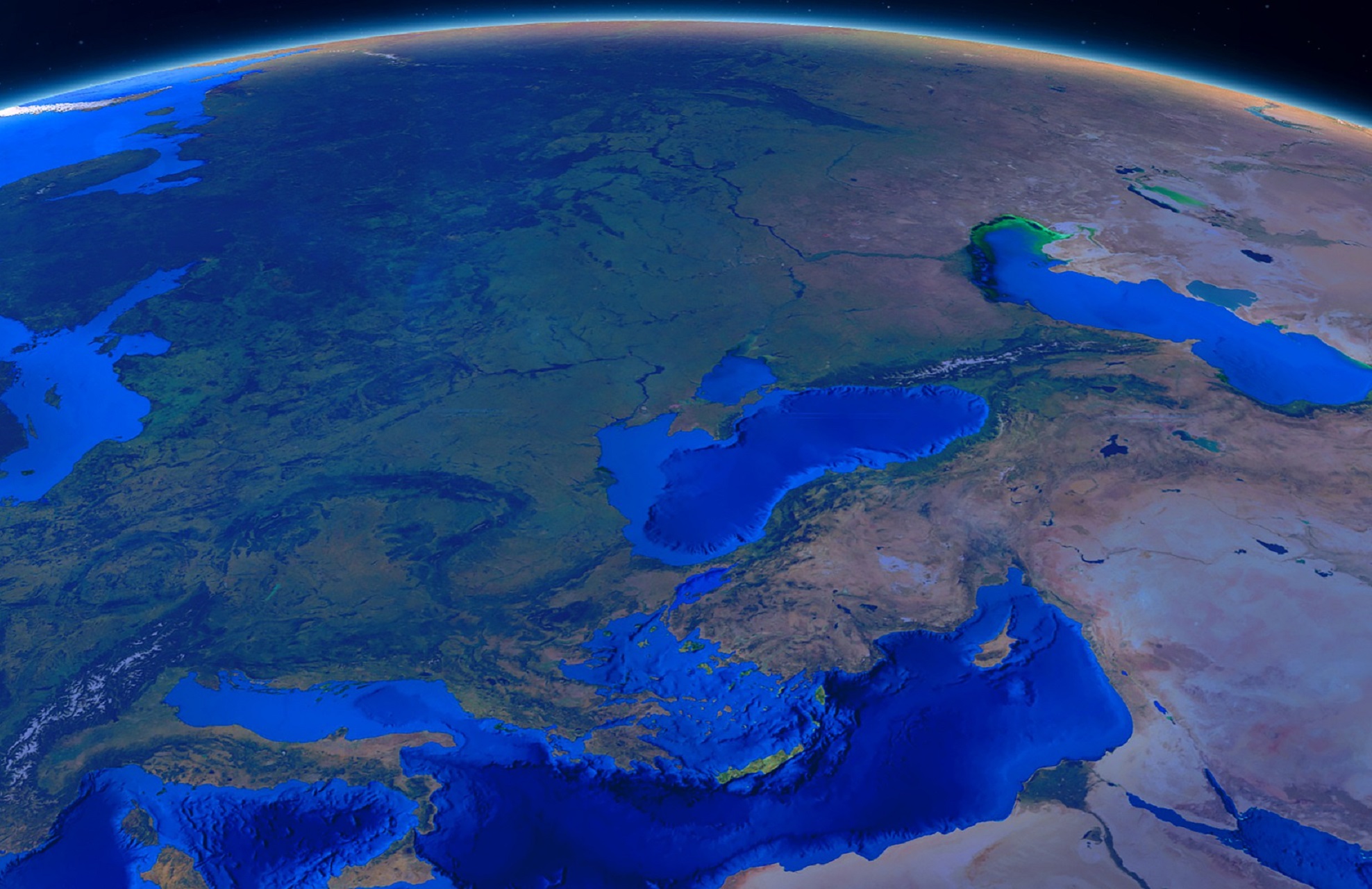 Over the last decades, the interest of practitioners and academics alike has substantially increased in regional integration. Unions for regional integration are faced with quiet a lot of choices for example, which form of integration they should select, whether or not they should enter various relationships. This post is intended to serve as a critical – analytical review of how the Eurasian Economic Union (EAEU) has challenges, differences, barriers in dealing with European Union since they are in the same geopolitical area. The purpose of this post is to provide a brief analysis and show different policy options for further pathways of cooperation between the two Unions.

According to the Eurasian Development Bank’s annual Integration Barometer, public opinion remains supportive of the EAEU in all five-member states and Tajikistan[3]Integration Barometer, Eurasian Bank for Development, 2019. Also, Uzbekistan is engaged in active bilateral cooperation with it[4]EURASIAN DEVELOPMENT BANK (2019), Report: Eurasian Economic Integration-2019, EDB, Centre for Integration Studies, Moscow.. Moreover, the EAEU has expanded its cooperation by signing trade agreements with other countries such as Vietnam, Iran, Serbia, and Singapore and is in talks with Egypt, Israel, and India to establish free trade zones. Also, it is very cautious about establishing a free trade zone with China, its largest trading partner even in the world.

At the same time, Russia promises concessions and benefits to new members for joining the EAEU, even though they do not comply with the existing legal and economic rules and procedures[5]DREYER Iana, POPESCU Nicu (2014), The Eurasian Customs Union: The economics and politics. European Union Institute for Security Studies,11, 1–4. . In this regard, also the United States,  had a dissenting opinion. For example, in 2012, US Secretary of State Hillary Clinton has described Eurasia as “a move to re-Sovietize the region.”[6]AP NEWS, https://apnews.com/article/06bc71ef220943978ba000620f16d022

It seems Russia intends to use the EAEU for its political, security, and strategic interests and make it a vehicle to display Russian prestige and leadership to the world. Moreover, different social and economic developments in the member states are a severe obstacle to implementing EAEU goals. Therefore, the integration efforts and practices for the last five years have generally failed even to bring any positive results regarding political reforms and democratic developments for the member states of the EAEU. In Europe, these structures would be characterized by an in-depth integration process, while in Asia and the post-Soviet region, there are many overlapping agreements with more limited aims. The peculiarity of the Asian regional arrangements is their diversity, informal structure, and more flexible membership.

The EAEU performs mainly advisory functions and develops specific projects rather than impose common standards (no standard and clear mechanism).

Today, integration within the EU has a broad range of aims and addresses various challenges, different approaches. So, the EU has doubts about what is happening in the EAEU; thus, the EU cannot yet believe in its sustainability and impact.

The EAEU faces more crises and lacks the proper support and attention from its member states to operate effectively. However, it may not die but rather survive with minimum activities, as many post-Soviet integration organizations have. For now, it has urgent challenges such as a lack of power balance and dominant Russian influence in all areas of the Union. Member states are concerned that Russia may receive the most benefits and create pressure on or threaten others. This incongruence would be most prevalent as the member countries move towards further integration and a deeper political union[7]UMLAND Andrash (2011). Why Russia-led post-Soviet integration has little prospects, The Stillborn Project of a Eurasian Union,  … Continue reading.

In fact, the on-going Ukraine crisis, as well as the general volatility of the global economy, has already revealed tensions between the EAEU member states as well as an inability or unwillingness to coordinate policy. One such issue is the unwillingness of the EAEU countries other than Russia to adopt the sanctions that Russia has imposed on Ukraine since those countries continue to conduct business with Ukrainian companies[8]VINOKUROV Evgeny (2017), Eurasian Economic Union, Current state and preliminary results, Center for Integration Studies, Eurasian Development Bank, St. Petersburg, … Continue reading.

Also, Georgia[9]Association Agreement (AA) between the European Union and Georgia fully enters into force in 1 July 2016, Moldova[10]The Association Agreement between the European Union and the Republic of Moldova was signed in June 2014 and has been in full effect since July 2016. and Ukraine[11]The Ukraine–European Union Association Agreement entered into force on 1 September 2017 have signed association agreements with the EU despite the opposition of the EAEU. In this context, a trade conflict is implied among the EAEU member states, particularly among the original three, such as Belarus, Kazakhstan and Russia. This conflict will probably get worse and escalate in the future with the deteriorating economic situations. Armenia and Kyrgyzstan are weak and not in positions to oppose Russia rather than focus on political, security, and strategic interests and obtain oil and gas from Russia at subsidized prices.

There are also problems with the Customs Union’s two new member states. Kyrgyzstan has trouble getting its products past veterinary and other controls on the country’s border with Kazakhstan. Meanwhile, trade with Armenia is complicated by its refusal to introduce customs checks on its border with the disputed territory of Nagorno-Karabakh, which is under Yerevan’s de facto control but legally part of Azerbaijan and therefore outside the Customs Union.[12]European Parliament, Briefing, Eurasian Economic Union, The rocky road to integration. April 2017

In this regard, member states blame Russia for maintaining a double standard in terms of following the rules and policies of the Customs Union. Russia imposes internal trade barriers and restrictions for existing member states to export goods and curtails the free movement of labour, capital, and investments, particularly from Central Asian member states.

Russia has no clear vision of building relations with the important partner, the EU, whose members have united around a common platform of deterring Russia to counter its ‘aggressive actions’ and ‘a growingly assertive military posture’[13]Facing Russia’s strategic challenge: Security developments from the Baltic to the Black Sea // Directorate-General for External Policies. Policy Department. – November 2017 – PE … Continue reading.

There exist different approaches to the situations inside the Eurasian region, such as Abkhazia, South Ossetia, Ukraine, and outside the region like Syria[14]POTEMKINA Olga (2018), European Union – Eurasian Economic Union: Potential for cooperation, The EU and Russia: the way out or the way down? / Institute of Europe, Russian Academy of Sciences; … Continue reading. Еven mutual deterrence and challenges require special attention to arrange strategic communications with the EU.

The fragmented political dialogue may multiplicate mutual risks and threats, military and political ones inter alia, and thus strengthen confrontational trends[15]DANILOV Dmitry (2018), The EU and Russia: Making up for security cooperation shortfall, The EU and Russia: the way out or the way down?/ Institute of Europe, Russian Academy of Sciences; Egmont – … Continue reading.

The future of the EAEU mostly depends on Russian leadership and how Russia can revitalize the Union with radical changes of its policies, perceptions, and visions towards Ukraine, the West. It needs more positive approaches to resolving the conflict with the implementation of the Minsk Agreement.

The potential opportunities and cooperation between the two Unions and this case are not merely interested in a free-trade agreement but also in an in-depth and comprehensive agreement with the EU and create Greater Europe’s concept. Vladimir Putin proposed creating a free trade area from Lisbon to Vladivostok, the concept of Greater Europe (Putin: Plea for Economic Community from Lisbon to Vladivostok, 2010).

The two Unions might also combine their strategic capabilities with China in a new broader geopolitical framework ‘from Lisbon to Shanghai’[16]BOND Ian (2017), The EU, the Eurasian Economic Union and One Belt, One Road: can they work together? Centre for European Reform, https://www.cer.eu/sites/default/files/pb_eurasian_IB_16.3.17_0.pdf … Continue reading. Thus creating ‘Big Eurasia’ with an active role of the EU, the EAEU, and China would stimulate interregional cooperation, and lead to greater prosperity across Eurasia.

Initially, cooperation between the EU and post-Soviet countries was built based on bilateral partnership and cooperation agreements (PCAs) negotiated during the 1990s. Now ideally, the EU and the EAEU could harmonise their multi-faced interests in the region to strengthen their relations with the regional powers. Due to their different historical backgrounds and political, economic positions, the EAEU and the EU still have different thinking and integration approaches. However, the positive prospects rest on shaping a strategic vision for the Common Eurasian Space, where practical cooperation should be enhanced, with particular focus on energy relations between the two Unions.

Now the EAEU is the ‘youngest’ Union in the Eurasian space covering a population of 180 million people, a GDP of more than 2.2 trillion dollars, and the provision of four freedoms: goods, services, persons, and capital. Despite these successes, relations between its member states have been aggravated to an extent with critical assessments on Eurasian integration and reflections on further prospects for its development and how to cooperate with the EU in a mutually friendly way.

Mostly, EAEU member states want to focus more on economic, trade, and investment issues without political, ideological, or other pressures. There are many gaps and differences, numerous barriers, exemptions and restrictions to free trade, so Eurasian integration has a common name but no common mechanism. Moreover, Russia sees the Union as a mechanism for reinforcing Russian influence in the region. The Ukrainian crisis had significant implications for Eurasian regionalism and became a reason for the EU concern. In any case, Russia prefers that the EU accepts the relationship’s status quo and start on equal terms of cooperation. The EAEU put forward the concept of ‘integration of integrations’ through the concept of ‘Greater Eurasia’ being replaced with ‘Greater Europe’ (EU, EAEU and China). 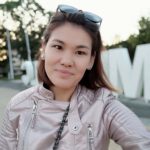 Aida Bektasheva has over 10 years of international development experience (UN -FAO, UN-RCO, UNDP Search for Common Ground, International Alert, and others) in the field of governance, law, and peacebuilding. Her knowledge of policy decisions, rule of law, conflict transformation, democracy combined with her skills in research, analysis, and project management make her well qualified to serve in this position. She has worked in Central Asia, Russia, Sweden countries and is fluent in Russian and English.